Health results published until January 13 2022. Updates for the results of 2021.
Look at Breeding documents – Member area.

Esmee’s Guus v.d. Ambershoeve has been added to the stud dog list. 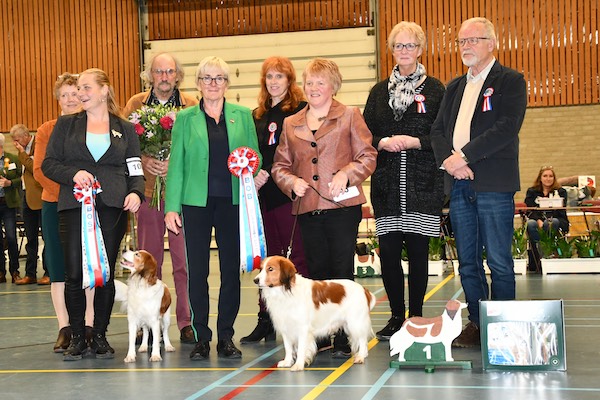 We received the sad news that our honorary member Mrs. H.G. Rodrigues de Miranda-Lems passed away on 2 August.

She has been president of the VHNK from 1972 to 1984. During that period she did a lot for the VHNK, such as setting up the club register and taking care of the club magazine ‘Mededelingenblad’. She was one of the then few judges for the Kooikerhondje and judged regularly at club matches and shows. Even after the end of her presidency she continued to judge regularly at shows. The bronze Kooikerhead, which is awarded annually at the Winner, she had it made and made available for this purpose.

We wish family and friends a lot of strength.