Kooikerhondjes belong to an old, Dutch breed. Paintings by 17th century masters, including Jan Steen, often show us small spaniel-like dogs that are very similar to the present-day Kooikerhondje. These dogs are also seen in 18th and 19th century family portraits. 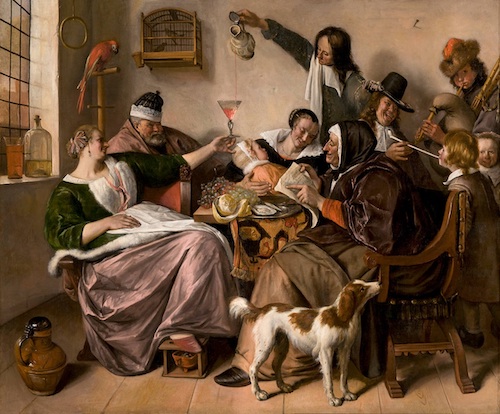 Besides on canvas, we find the ancestors of our current Kooikerhondje in written word. In ‘Nederlandsche Historiën’ historian Pieter Hooft mentions a dog that supposedly saved the life of Prince Willem of Orange. In 1572 William was woken up in his army tent at Hermigny by the dog’s scratching and managed to escape his Spanish attackers in time.

The history of the Kooikerhondje as a working dog in the duck decoy, dates from a few centuries ago. Due to a decline in the number of duck decoys at the start of the 20th century, this type of dog seemed to disappear.

It is the merit of Mrs. M.C.S. Baroness van Hardenbroek van Ammerstol that the Kooikerhondje maintained. In the 1940s she gave the impetus to preserve the Kooikerhondje and to develop it into a definitive breed. 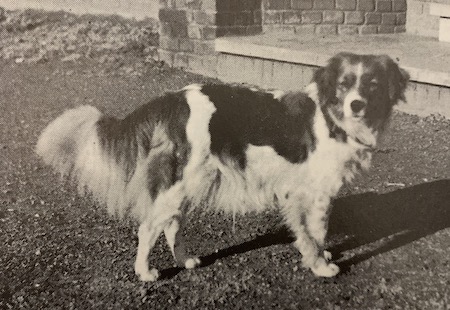 With the help of a pedlar, whom she gave a lock of hair and a picture of a Kooikerhondje, she succeeded in finding some useful specimens in the countryside. That’s how she got hold of the bitch “Tommie” from Friesland, which is generally regarded as the founding mother of the current Kooikerhondje.

The first litter was bred by the Baroness in 1942 and was named “Van Walhalla”. Nico, a grandchild of Tommie’s granddaughter Carlienke van Walhalla, was the first Kooikerhondje to be admitted to the Provisional Register. 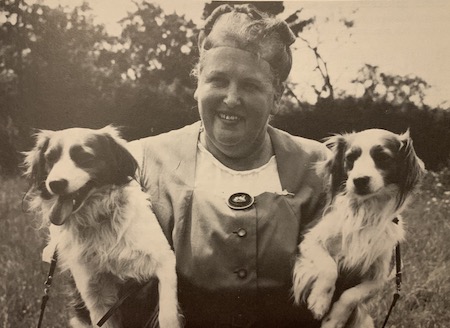 To allow the breed to be admitted to the Dutch stud book (NHSB), judging days were organized under supervision of the Dutch Kennelclub. These days took place in 1958, 1959 and 1961.

Provisional admission was given on June 18, 1966. Shortly after that, it was possible for dog owners to include their Kooikerhondje in the Provisional Register (V.R.). More judging days, necessary for acceptance, were organised from 1967 to 1970.

Final admission was given by the Dutch Kennelclub on December 20, 1971. At this point the current breedstandard came into effect.